Which musical toys should I choose to accompany my baby? 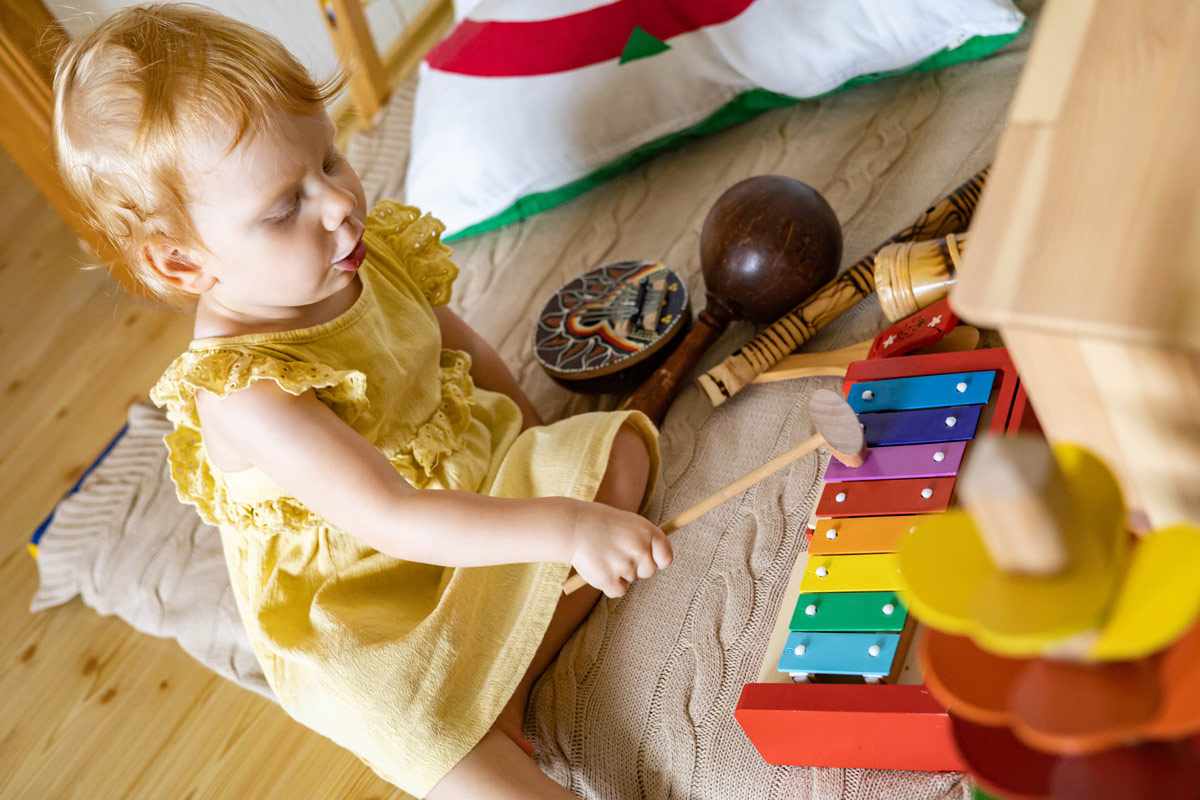 In the first few months after birth, the baby gradually discovers its surroundings. The development of the child's senses requires special attention in order to provide a quick and efficient awakening.

There are thousands of toys available for this purpose designed for each age group and for every case. To sharpen hearing and intelligence, several ranges of musical toys are available. We tell you more about them in our article.

At what age should you focus on early learning toys?

If early learning toys are designed to accompany the baby in its experiences of discovering the world around themThe choice of the game to give him/her should be made according to his/her age.

During the first four months, the baby is lacking in strength and is only just discovering his surroundings, it is therefore advisable to opt for light and soft toys. These could be light rattles, teethers, plush toys, etc.

From four to eight months, the baby will be able to hold objects and distinguish sounds and colours. Musical rattles and various floor toys are therefore preferable to help them become more skilful. This is because babies start to be interested in pictures and music from this age.

Between eight and twelve months, the baby better develop their hearing skills. Therefore, it would be necessary to opt for more developed sound toys and miniature musical instruments.

Which musical toys are suitable for each age?

From four months onwards, musical toys doivent accompagner le bébé with a progressive development in the sound and consistency of the toys.

Indeed, the most important thing is to know which toy to choose for each stage of a baby's life. Here is a short and informative summary to help you:

What is the role of musical toys in the development of babies?

Contrary to what one might think, giving babies early musical toys will not necessarily make them into musicians later on. However, it is important to understand that this is of great importance. Musical awakening consists, in principle, of awakening the child to different sounds.

Indeed, when babies interact freely with the sounds and music produced by musical toys, it develops their creativity, as well as its artistic expression.

Whatever his age, it also develops his imagination, especially when he adopts gestures to accompany the sounds.

When the baby's mobility is sufficiently developed to move consciously, the music allows him to discover his body and how to coordinate it. This is reflected in his gestures, especially when he clap your hands and feet.

What are the different types of early learning toys?

In order to choose the right musical toy for your baby during the first months of life, it is important to from know where you stand. Indeed, there are several types and ranges of toys designed for each age.

For the latter, it is recommended to choose them according to the age of the baby. It could be the flute, drum, xylophone, piano or any other instrument available in miniform.